Adverse Childhood Experiences (ACEs) are highly prevalent, yet often go unrecognized. ACEs cross generations and socioeconomic lines to impact the health, well-being, and prosperity of patients across the lifespan. Family physicians are in the perfect position to positively intervene on behalf of patient of all ages.

This activity will not include discussions of products or devices that are not currently approved for use by the Food and Drug Administration (FDA), and the curriculum clearly indicates this fact.

Learners must register to participate in and receive credit for this online educational activity.  Read the target audience, learning objectives, and author disclosures.  Study the educational content online, answer the questions and complete the evaluation.  For information on applicability and acceptance of continuing education credit for this activity, please consult your professional licensing board.

CAFP policy and California state law requires that each learning activity including a patient care element address the topic of cultural and linguistic competency. This activity meets this requirement.

CAFP requests all faculty to present content that uses inclusive language to guide care for all our diverse patients.

The CAFP has made all reasonable efforts to ensure that information contained herein is accurate in accordance with the latest available scientific knowledge at the time of accreditation of this continuing education program. Information regarding drugs (e.g., their administration, dosages, contraindications, adverse reactions, interactions, special warnings, and precautions) and drug delivery systems is subject to change, however, and the learner is advised to check the manufacturer's package insert for information concerning recommended dosage and potential problems or cautions prior to dispensing or administering the drug or using the drug delivery systems.

Approval of credit for this continuing education program does not imply endorsement by CAFP of any product or manufacturer identified.

Any medications or treatment methods suggested in this CME activity should not be used by the practitioner without evaluation of their patient's condition(s) and possible contraindication(s) or danger(s) of use of any specific medication.

© 2020 California Academy of Family Physicians. All rights reserved. No part of this activity may be used or reproduced in any manner whatsoever without written permission except in the case of brief quotations embedded in articles or reviews.

This activity is designed for family medicine physicians and other primary care team members.

By the end of this session, participants should be able to: 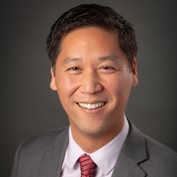 Brent K. Sugimoto, MD, MPH, a family physician and President of QVMD Health in Oakland, California.  Dr. Sugimoto has served on the California Academy of Family Physicians Board of Directors, and as editor of the California Family Physician magazine since 2018, and co-president of the local CAFP chapter serving Alameda-Contra Costa counties. He is the CAFP representative on the California Surgeon General’s Workgroup for Trauma-Informed Care Primary Care Implementation, a group that focuses on reducing the impact of adverse childhood experiences.

He launched his career in 2013 as a family physician with the Permanente Medical Group in Oakland. He joined the group’s HIV Consult Service in 2014, where he worked to address health disparities in minority youth at risk for or affected by HIV. In 2017, Sugimoto became a senior physician and shareholder with the practice. During his tenure, Sugimoto served on the Kaiser Permanente-Northern California HIV Advisory Committee and has lectured nationally on HIV. He also volunteered his expertise as a member of the community advisory board at the San Francisco Department of Public Health HIV Research Section from 2006 to 2008.

After consistently encountering the challenges associated with the use of health information technology, Dr. Sugimoto joined Decoded Health, Inc. as a founder and chief medical officer in 2018. The company is developing artificial intelligence technology that can achieve the Institute of Healthcare Improvement’s Quadruple Aim, streamlining workflow to reduce administrative complexity with a focus on improving the affordability and accessibility of health care, especially to the underserved.

In 2008, Sugimoto earned his Master of Science in Health and Medical Sciences at the UC Berkeley-UC San Francisco Joint Medical Program, a five-year curriculum that awards a master’s and a medical degree to graduates. He completed his medical degree at the University of California, San Francisco and his family medicine residency training at the Contra Costa Regional Medical Center, where he was chief family medicine resident in 2012 and 2013.

Brent Sugimoto, MD declares that in the past 12 months neither he nor his partner/spouse have a financial interest/arrangement or affiliation with one or more organizations that could be perceived as a real or apparent conflict of interest in the context of the subject of this continuing education activity.

The California Academy of Family Physicians' (CAFP) Committee on Continuing Professional Development is responsible for identification, management and resolution of conflict for any individual who may have the potential to influence content, who have served as faculty, or who may produce CME/CPD content for the CAFP.  Management/Resolution may include learner notification, peer review of content before presentation, requirement of EB-CME, changing topics, or even dismissing a potential planning or faculty member.

It is the policy of the CAFP to ensure independence, balance, objectivity, scientific rigor, and integrity in all their continuing education activities. All individuals with potential conflicts are contacted by CAFP staff or CCPD members, and issues of conflict have been discussed, managed, and resolved.  All individuals with potential to influence the content of this program have submitted Conflict of Interest declarations that have been reviewed according to policy. All disclosures were made for work beginning January 1, 2020 and have been resubmitted and renewed annually.  CAFP reviewed conflict of interest statements for each individual with potential to influence content and everyone in a position to influence content stated that neither he/she and/or his/her spouse/partner had any relevant financial interests to disclose.

This Enduring Material activity, Adverse Childhood Experiences:  Helping Patients See a New Path, has been reviewed and is acceptable for up to 0.50 Prescribed credits by the American Academy of Family Physicians. AAFP certification begins November 23, 2020. Term of approval is for one year from this date.

Physicians should claim only the credit commensurate with the extent of their participation in the activity.

Please login or register to take this course.

One of the two most recent versions of Chrome, Edge, Firefox, or Safari. Internet Explorer is not supported.